Be wary of the rebrand

You may think it a little odd that a week after Purple Robot revealed its new look, I am writing advising against rebranding. I thought it would be good to talk through our decision making and the process behind the new image, would refreshing your look be a better option than a rebrand and explain when and where rebranding can go wrong for companies.

Many people get enthusiastic about the prospect of a rebrand, usually because it is new and exciting, there is an assumption that the marketplace demands it, because someone in marketing wants to justify their existence or ensure their legacy. To be clear… these are never reasons in and of themselves for a rebrand.

There are, however, many good reasons why a rebrand is needed:

1. A fundamental change in the business, such as a change in services or being taken over by new owners

2. If the brand has been damaged someway, and damage limitation alone cannot salvage the situation

3. A legal or copyright issue

4. A new association to a third party, such as having a link to a product or service launched by a company with a similar name

5. You are adopting a house of brands or a branded house strategy

With Purple Robot launching new services this year, and a new chapter starting shortly with a new work hub in a more historic setting, we wanted to reflect these changes in our refreshed brand with a more grown-up feel and a new twist on our robot logo that has been with us since we started in 2013. This is the next step in the journey of Purple Robot and we made sure in our process of that we wanted the brand to still be identifiable.

One of the issues with a complete rebrand is that you can lose your brand equity; the name and brand recognition that has built up over the years and the trust that comes along with that. Unless there has been damage to a brand, that should not be thrown away lightly or on a whim. It is our biggest concern when approaching a rebranding process with clients.

But it can go so wrong…

There have been many examples of businesses getting a rebrand wrong over the years:

1. One of the biggest was in 2001 when Royal Mail became Consignia. Postal workers threatened strike action due to the change and refused to use it, and within a year the name Royal Mail was back.

2. A tale of caution, although this one was a more evolutionary change to Gap’s logo in 2010. The cosmetic changes to the logo was trolled online for being less than aesthetically pleasing which is not great for an image-conscious brand, and the comments prompted the hasty reverse after just 6 days. The failed new look cost an estimated $100m.

3. Football is an industry where passion and loyalty runs deep. Two Yorkshire clubs have fallen foul of trying to change parts of their identity. In 2013, Hull City owners faced protests after trying to drop the word ‘City’ from the name because it was ‘common and irrelevant’, and replace it with the club’s nickname – The Tigers. They even removed the club name from the crest ahead of the proposed change. However, strong opposition to Hull Tigers prevented the change happening and the name Hull City returned to the crest in the 2019-20 season. Fellow Yorkshire club Leeds United had a similar experience when the club tried to change their crest in 2018. The lack of support from the fans quickly saw the new crest dropped.

The hidden cost of rebranding

You also have to look at the cost a rebrand will have on your business. I do not just mean the cost of the design work, the roll-out of new stationery, new signage etc., but the loss of equity it will have to your brand and how much it will cost you to get back to the same level you were at before the rebranding.

Start with strategy, not design

If you do decide to go ahead with a rebrand or a refresh of your existing branding, we would always suggest following the 80/20 rule, meaning you should aim to spend 80% of your resources, time and budget on the concept and why you are doing it. Starting with why is where we always start our discussion on any project; asking “What does success look like?”.

Once the why has been established in your 80%, then we can move on to the design stage which should only be 20% of your process. While it is important for a logo design and brand assets to look good, a brand is far more than just a logo, it is what people think to it!

After the rebrand or refresh is over, that is only the first step. The next part is how you communicate it: what is your process to do this? What is your budget? How much time and resources do you have to communicate it? This is a critical part of a rebrand and it is about regaining that lost equity from the brand, and ensuring your clients or customers know about the new look as you might lose them.

Why not give us a call or drop us an email if you would like to discuss a rebrand or refresh for your business. 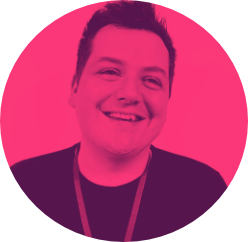